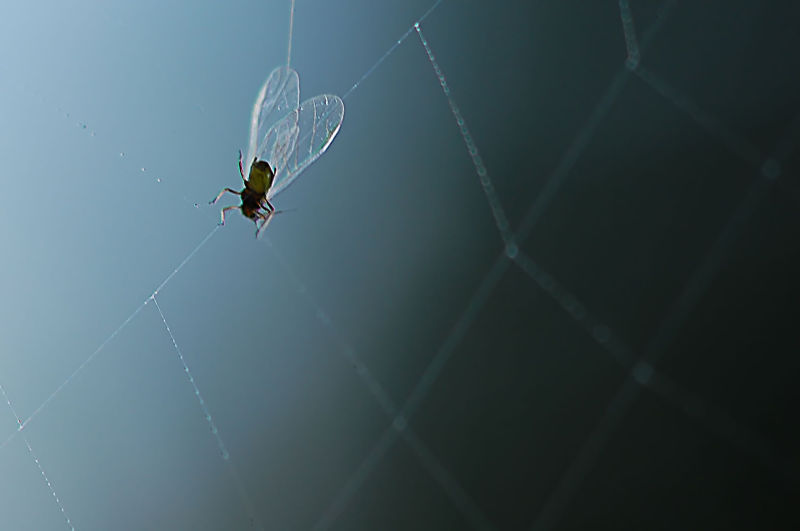 This is the same spiderweb I photographed on day 27. The sun was low behind the trees at the bottom of the backyard, and it was lighting the web beautifully. I tried to get some macro pictures of it, but suffered from the same problem as before, not being able to get the tripod high enough, and thus not able to get a steady shot. It didn't help that there was a slight breeze too. Eventually I noticed that some tiny bugs were caught in the web, and with a lot of patience I was able to get one or two reasonable shots of them. I really need to find a way of getting my tripod up higher so I can get a good shot of this web before it collapses!

Future entries for this project can be found here.